Arising from a $650 Million financing dispute, Pastore LLC, representing a large national investment bank, argued at the Third Circuit on September 29th. The argument was in person in Philadelphia. Pastore LLC has brought a FINRA arbitration to collect the investment banking fee. White & Case had sought to enjoin the securities arbitration in the DE Bankruptcy Court. Pastore LLC’s clients prevailed, and the DE case was dismissed. White & Case’s client appealed to the Third Circuit, arguing that the DE Bankruptcy Court had jurisdiction to hear the case.

Arising from a $650 Million financing dispute, Pastore LLC, representing a large national investment bank, argued at the Third Circuit on September 29th. The argument was in person in Philadelphia. Pastore LLC has brought a FINRA arbitration to collect the investment banking fee. White & Case had sought to enjoin the securities arbitration in the DE Bankruptcy Court. Pastore LLC’s clients prevailed, and the DE case was dismissed. White & Case’s client appealed to the Third Circuit, arguing that the DE Bankruptcy Court had jurisdiction to hear the case. 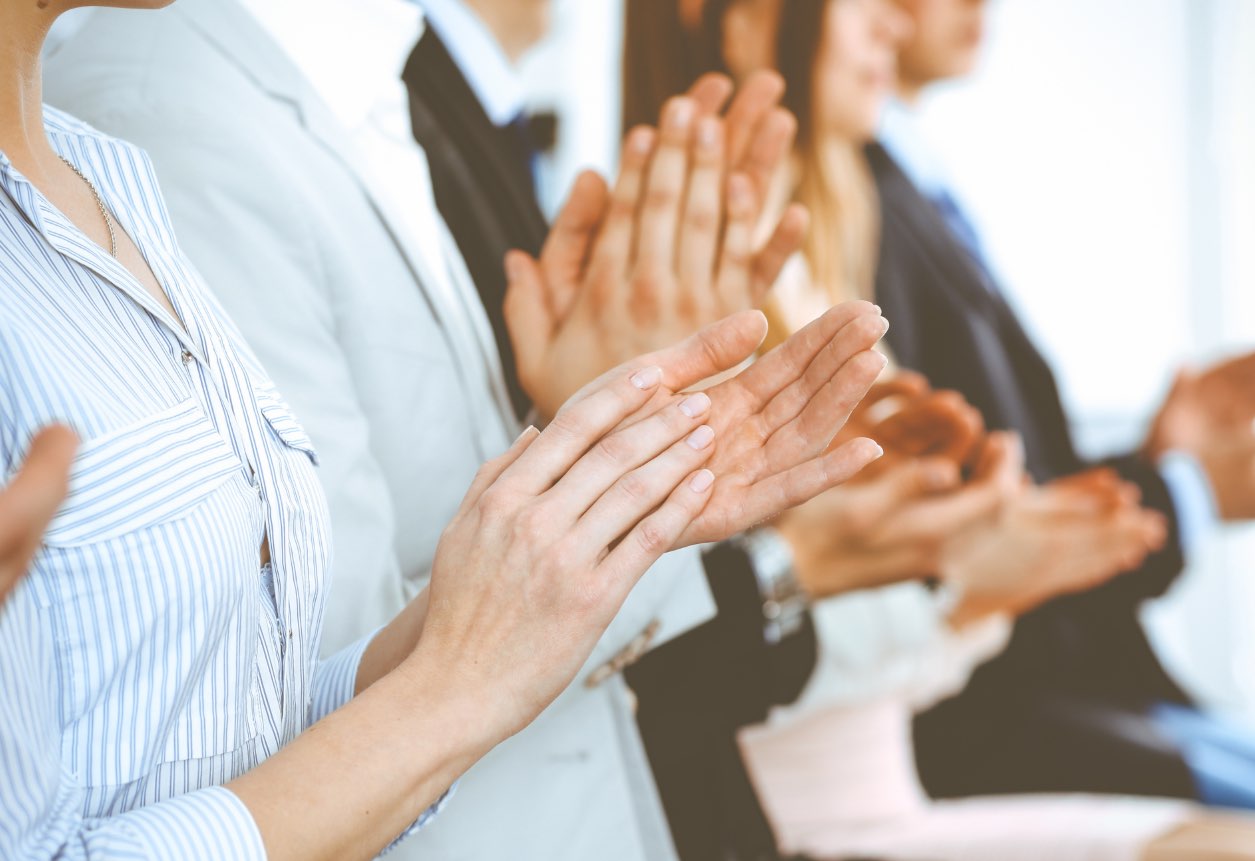 Pastore & Dailey represented a Connecticut based hedge fund and its CEO and Managing Member in connection with a dispute brought over loan agreements used to fund Beta testing of an algorithmic trading methodology. After extensive briefing and time and effort reviewing the numerous complex agreements and navigating the Federal Judge through incredibly complicated documents, Pastore & Dailey successfully persuaded the Court to compel the plaintiffs to arbitrate their claims and stay the action pending arbitration.

Pastore & Dailey was retained by one of Boca Raton’s top producing financial advisors.  Our client brought hundreds of millions of dollars in assets to a major financial services company.  Pastore & Dailey attorneys have brought a FINRA arbitration in the Boca Raton regional office.

Parties and Non-Parties who are not FINRA members

FINRA Rules 12512 and 13512 authorize an arbitrator to issue subpoenas for the production of documents. FINRA Rules 12512(a)(1) and 13512(a)(1).  If the subpoena is not complied with, the next step for most litigators would be to move to enforce the subpoena in Federal District Court.  However such an action is unlikely to be successful.

There is split among the Circuits but the Second Circuit interprets the Federal Arbitration Act (“FAA”) Section 7 as prohibiting enforcement of subpoenas for pre-hearing discovery.  See Life Receivables Trust v. Syndicate 102 at Lloyd’s of London, 549 F.3d 210, 212 (2d Cir. 2008).  However the Second Circuit court made it clear that,

[i]nterpreting section 7 according to its plain meaning “does not leave arbitrators powerless” to order the production of documents. Hay Group v. E.B.S. Acquisition Corp., 360 F.3d 404, 413 (3d Cir. 2004) (Chertoff, J., concurring). On the contrary, arbitrators may, consistent with section 7, order “any person” to produce documents so long as that person is called as a witness at a hearing. 9 U.S.C. § 7. Peachtree concedes as much, admitting that “Syndicate 102 could obtain access to the requested documents by having the arbitration panel subpoena Peachtree to appear before the panel and produce the documents.” In Stolt-Nielsen, we held that arbitral section 7 authority is not limited to witnesses at merits hearings, but extends to hearings covering a variety of preliminary matters. 430 F.3d at 577-79. As then-Judge Chertoff noted in his concurring opinion in Hay Group, the inconvenience of making a personal appearance may cause the testifying witness to “deliver the documents and waive presence.” 360 F.3d at 413 (Chertoff, J., concurring). Arbitrators also “have the power to compel a third-party witness to appear with documents before a single arbitrator, who can then adjourn the proceedings.” Id. at 413. Section 7’s presence requirement, however, forces the party seeking the non-party discovery — and the arbitrators authorizing it — to consider whether production is truly necessary. See id. at 414. Separately, we note that where the non-party to the arbitration is a party to the arbitration agreement, there may be instances where formal joinder is appropriate, enabling arbitrators to exercise their contractual jurisdiction over parties before them. In sum, arbitrators possess a variety of tools to compel discovery from non-parties. However, those relying on section 7 of the FAA must do so according to its plain text, which requires that documents be produced by a testifying witness.

Life Receivables Trust v. Syndicate 102 at Lloyd’s of London, 549 F.3d 210, 218, (2d Cir. N.Y. 2008).  To obtain the aid of the Court system, the Second Circuit quoting from the Third Circuit clearly indicates that the arbitrators must order an appearance in some fashion of the object of the subpoena.  Accordingly if such an appearance is ordered, then Section 7 of the FAA is no longer a prohibition against the production of the documents even if it is a pre-hearing appearance.

FINRA Rules 12513 and 13513 authorize an arbitrator to issue a discovery order for the production of documents.  If the discovery order is not complied with there is no opportunity to turn to the court system for enforcement relief because there was no actual subpoena issued.  However, turning to FINRA’s Department of Enforcement is likely to be successful.

Enforcement of a pre-hearing discovery order, issued to a non-party FINRA member under FINRA rule 13513, is largely an issue of first impression. By way of background, FINRA Rule 13513 went into effect in its current form on February 18, 2013.  Since that time there does not appear to have been any enforcement action by the FINRA Department of Enforcement for its violation.  However, there is at least one enforcement action for violation of a party’s discovery obligations in an arbitration proceeding.  See In Re Westrock Advisors.  It is a violation of FINRA Rule IM-13000 to fail to comply with any rule of the arbitration code and specifically for failure to produce a document:

It may be deemed conduct inconsistent with just and equitable principles of trade and a violation of Rule 2010 for a member or a person associated with a member to:

… (c) fail to appear or to produce any document in his possession or control as directed pursuant to provisions of the Code;…

In Westrock Advisors failure to comply with discovery orders was censured and a $50,000 fine was imposed.

Accordingly, enforcement of a subpoena or discovery order without use of the Court system is both possible and likely to be successful in obtaining documents in pre-hearing discovery from parties, non-parties, FINRA members and Non-FINRA members alike.

In the past two years, the SEC has drastically reduced the number of contested cases it has sent to its internal administrative law judges (“ALJs”). The number of cases sent to these judges had been increasing since 2010, when the SEC gained new powers under the Dodd-Frank Act.

From then on, and especially after the SEC decided in 2014 to expand the use of the ALJs to contested cases for crimes such as insider trading, members of the legal community have argued that it would be very hard for these judges to remain unbiased given the fact that one of the parties in every case they review is responsible for their income — in a much more direct way than a state or federal court judge. Additionally, the ALJs were generally appointed by a lower-level employee than one might expect (an issue which has led to Constitutional challenges, which are outside the scope of this article).

The Wall Street Journal analyzed the cases sent to the ALJs from October 2010 to March 2015, and found the SEC won 90% of these cases. While this could be attributed to the fact that the SEC does a thorough job investigating before charging defendants with a crime, the fact that the SEC was victorious only 69% of the time in federal courts casts some doubt on this. In fact, the Wall Street Journal has reported that in spring of 2015, the SEC director of enforcement, Andrew Ceresney, shifted the policy of the Commission back to putting contested cases in federal court. Since then, the SEC has been using the federal court system for contested charges. From October 2014 to September 2015, the SEC used the ALJs in 28% of the contested cases, whereas the year before ALJs heard 43%.

Pastore & Dailey has represented a municipal bond trader, who had coordinated billions of dollars in bond trades, in connection with claims against a large international bank and brokerage house, successfully resolving the case in FINRA arbitration.

For the Moment, FINRA Arbitration with Customers is Not Mandatory, So Say Two Federal Appeals Courts

In August 2014, the Court of Appeals in the 2nd Circuit (i.e., NY and CT) joined its brethren in the 9th Circuit (i.e., CA, NV, OR, WA, MT, ID, AK and HA) in holding that a FINRA member firm and its customer may agree to settle disputes in court and not in FINRA arbitration.  Meanwhile, the Court of Appeals in the 4th Circuit (i.e., MD, WV, VA, NC and SC) ruled the opposite in 2013 under similar facts.  Resolution of this circuit split would have to come from the U.S. Supreme Court – not a certainty.

Parties must arbitrate a dispute under the Code if:

In 2013, the 4th Circuit rejected efforts by units of Citigroup and UBS (FINRA member firms) to block arbitration of auction-rate bond-related claims brought by Virginia-based Carilion Clinic. UBS Fin. Servs., Inc. v. Carilion Clinic, 706 F.3d 319 (4th Cir.2013).  Carilion had hired UBS and Citigroup to underwrite and broker its auction-rate bond offerings starting in 2005.  Carilion alleged that UBS and Citigroup misled Carilion by neglecting to mention that they had a practice of placing supporting bids in such auction, so as to prevent the failure of such auctions.  When such auction markets collapsed in 2008 and the brokers withdrew their supporting bids, Carilion lost millions of dollars when it was forced to refinance its debt at much higher rates.  Carilion filed statements of claim against UBS and Citigroup in FINRA arbitration in 2012, and UBS and Citigroup quickly filed in federal court to block same.

Next, UBS and Citigroup argued that the forum selection clauses in the agreements with Carilion clearly said that district court in New York City would be the forum for disputes under the agreement.  The 4th Circuit held that FINRA arbitration rules mandating FINRA as the forum for disputes with customers trumped such forum selection clauses, especially since there was no specific waiver by Carilion of its right to arbitration.

In March 2014, the 9th Circuit essentially disagreed with the 4th Circuit’s holding in Carilion.  In an auction-rate security case, the court held that “the forum selection clauses superseded Goldman’s default obligation to arbitrate under the FINRA Rules and that, by agreeing to these clauses, Reno disclaimed any right it might otherwise have had to the FINRA arbitration forum.”  Goldman, Sachs & Co. v. City of Reno, 747 F.3d 733 (9th Cir.2014).

In August 2014, the 2nd Circuit followed suit in yet two more auction-rate security-related cases, and took the unusual step of stating “We thus disagree with the contrary conclusion reached by the Fourth Circuit in Carilion Clinic.”   Goldman, Sachs & Co. v. Golden Empire Schools Financing Authority, No. 13-797-cv and Citigroup Global Markets Inc. v. North Carolina Eastern Municipal Power Agency, No. 13-2247-cv (August 21, 2014).  The 2nd Circuit held that, “Under our precedent, the forum selection clause at issue in these cases is plainly sufficient to supersede FINRA Rule 12200.”

These circuit splits mean that mandatory FINRA arbitration is alive and well in some parts of the country, but not others (including, as of August 2014, the important jurisdiction of New York).  These decisions remind both firms and their clients not to gloss over the standardized template language at the end of their agreements, especially forum selection clauses and integration clauses.

What the courts do not mention (nor need to, for their purposes) is FINRA IM-12000, which essentially gives FINRA enforcement power to pursue any member firms that “fail to submit a dispute for arbitration under the Code as required by the Code.” FINRA IM-12000(a).  It remains unknown as of this writing whether FINRA is investigating the above member firms for violations of FINRA Rule 12200, or will do so.  Firms like the ones above that fight FINRA arbitration as a forum for disputes with customers, do so at their own peril.